During the spring of 1996, Benjamin Steinkasserer, hotelier from Riva di Tures, decided to expand his small hydropower plant in the region into a wind energy plant (at the time 80 kW). The exposed location in the Val di Riva, a stone’s throw away from the control centre of two small hydroelectric power plants and local Pichlerhof guesthouse.

The wind turbine was installed at nearly 1,700 m asl. and was the first of its kind in South Tyrol and the Alps. The produced energy is distributed to the local electric grid and contributes to the provision of electricity to the village of Riva di Tures. 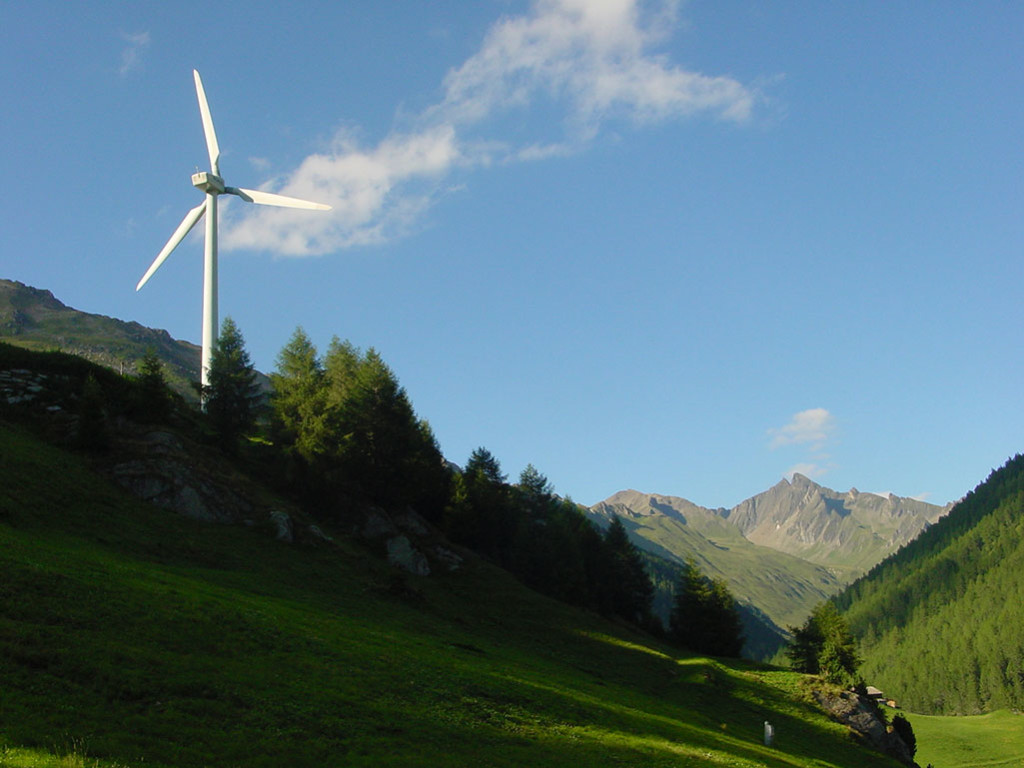 The old plant was replaced with a larger one in 2002, with a rated power of 300 kW. The wind power plant is especially useful in winter, when it contributes to the flagging electric distribution resulting from the slower flow of water and reduced performance from the Riva stream