During the last years the community of Campo Tures received a broad range of awards. 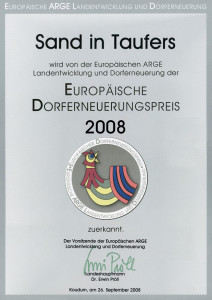 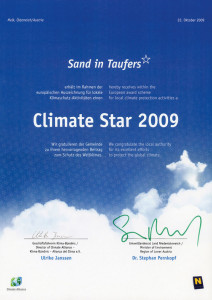 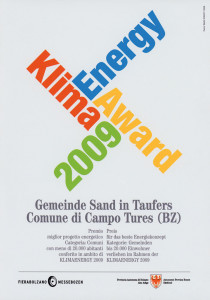 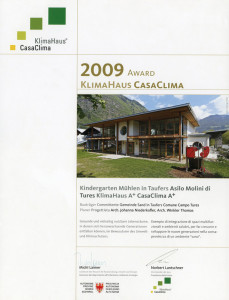 2009: Award Klimahaus A+ for Kindergarten in Molini di Tures 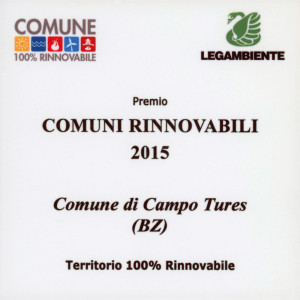 2015: Award from Legambiente
Renewable villages: best example in Italy for its use of energy